home / About Us / Corporate Profiles 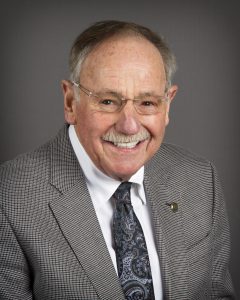 John C. Metz began his career in the food service management industry in 1967 with the founding of Custom Management Corporation. The result was outstanding: this small regional provider grew into an industry leader and innovator and set the standards for the competition to follow. Metz’s success is well documented and recognized by his peers through a variety of prestigious awards including the IFMA Silver Plate Award, Nation’s Restaurant News’ Golden Chain Award, and Restaurant Business’ coveted Leadership Award.

In 1987, Custom Management was acquired by Morrison’s Hospitality Group and John Metz was named Chairman and CEO of Morrison’s Custom Management. During his tenure, he oversaw the growth of more than 900 accounts with a sales volume in excess of $600 million.

In the early 1990s, Metz expanded his interest to franchise operations. His company now owns and operates 11 T.G.I. Friday’s restaurants in Pennsylvania and New Jersey. In 1995, Metz was awarded the T.G.I. Friday’s Domestic Franchise Developer of the Year.  In addition, John Metz owns and operates two Krispy Kreme locations in Western Pennsylvania. In 2003, Krispy Kreme named Metz developer of the year. 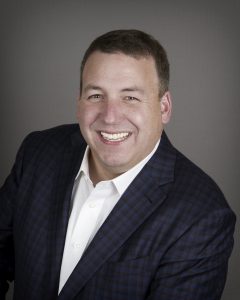 Jeff Metz serves as President & CEO of Metz Culinary Management. He has over 30 years in the restaurant business and extensive operational knowledge of the hospitality industry, including employee relation management, operational excellence, and outstanding client partnership and communication skills.

Jeff began his career as a sales representative with H.J. Heinz Company. He later joined The Metz Group as manager for the Toms River, N.J., T.G.I. Friday’s, increasing sales and guest satisfaction. As his industry knowledge grew, so did his responsibilities within the company.

Today, Metz oversees more than 270 contract management accounts in 21 states, including the Metz Environmental Services division. In addition, Metz oversees the restaurant division, consisting of 11 T.G.I. Friday’s in Pennsylvania and New Jersey and Ruth’s Chris Steak House at Mohegan Sun Pocono. In 2016, Metz opened a Chick-fil-A at Mohegan Sun in Connecticut. In 2011 and again in 2016, Metz was awarded the T.G.I. Friday’s Franchisee of the Year award. Most recently, Jeff was named a winner of the 2017 IFMA Silver Plate Award.

Beyond his business success, Jeff’s commitment to the community and feeding those children and adults in needs is apparent in his work on behalf of the Share Our Strength/No Kids Hungry organization, along with the United Way and the Commission on Economic Opportunity (CEO) organization. Jeff was also a member of the board of directors of the Make-A-Wish Foundation of Northeastern Pennsylvania for six years. He was awarded their highest honor, The Golden Wishbone Award and the Make-A-Wish Star Wand, placing him in the organization’s distinguished Chris Grecius Society of Joy. He is a Past Chair of the Board of the Pennsylvania Restaurant Association and served as their chairman of the Political Action Committee and the Political Education Committee. He is a member of the Young President’s Organization and the Penn State SHM Industry Advisory Council. Jeff holds a degree in business from Washington & Jefferson College.

We pledge to be environmental stewards by working closely with our partners on products and programs that meet your needs while pr...

Our company-wide wellness and nutrition program is built on good choices, education and motivation.

We build relationships with local farmers, food co-ops, regional brands and other organizations to provide the freshest ingredient...

Sign up to learn about the latest foodservice trends and get important updates on Metz Culinary Management programs and initiatives.